Mr. Vague’s noteworthy ventures include co-founding and serving as CEO of two credit card companies – First USA and Juniper Financial. Under his supervision, First USA, which reached over $60 billion in loans, grew to be the largest Visa card issuer in the industry and was sold to Bank One in 1997. At Juniper Financial, Mr. Vague oversaw the acquisition of 4 million customers, $4 billion in loans. Juniper was acquired by Barclays PLC, where Mr. Vague then served as Chief Executive of Barclaycard US.

“The increasingly difficult regulatory environment has fundamentally changed the nature of small business financing and has accelerated the growth of alternative lenders like Swift Capital,” Vague explained. “With the market’s obvious shift toward alternative lending, I have been impressed by the results Swift Capital has achieved with its insightful approach to the market and high caliber team.  Swift is reengaging the small business borrower like no other and it is paying off.”

In addition to his experience and success in the credit card industry, Mr. Vague was co-founder, Chairman and CEO of Energy Plus (NRG Energy since 2011), an electricity and natural gas supply company operating throughout the U.S.  Energy Plus grew from a start-up in 2008 to almost $400 million in revenue prior to its sale in 2011.  Currently, Mr. Vague is one of the managing partners at Gabriel Investments, an early-stage investment group that has made over twenty investments in companies in the Philadelphia and Mid Atlantic region.

“We are thrilled to have Richard join the Swift Capital Board of Directors,” said Ed Harycki, Founder and CEO of Swift Capital. “I consider his decision to enlist with us a true testament to the innovative approach we are taking to serving small businesses, and I personally look forward to the guidance and perspective that comes from his proven experience and track record in credit and direct-marketing lead organizations.”

Mr. Vague currently serves on a number of business boards including Heartland Payment Systems and the Franklin Square OneEquity Partners. He serves on a number of civic and charitable boards including the University of Pennsylvania Board of Trustees and the Penn Medicine Board of Trustees. He is also chair of FringeArts Philadelphia and the University of Pennsylvania Press.

Swift Capital’s mission is to unleash the potential of every small business by providing them with the working capital they need when traditional banks fall short.  Swift’s platform rapidly assesses the health of a business, allowing businesses to get a decision in minutes, with funding as fast as same day. Swift Capital combines its innovative data analytics with a relationship-focused customer experience to deliver a streamlined funding process and personalized approach. Swift Capital has provided more than $500 million in funding nationwide. Swift is backed by Sutter Hill Ventures, Khosla Ventures, First Round Capital, and SV Angel. To learn more about Swift Capital’s business funding products and to get a free, no obligation instant quote call 1-888-923-0007 or visit https://www.swiftcapital.com/.

About the Author
Social Share
Broadpath, Inc. @BroadpathPR
Thursday, April 22nd, 2021 at 11:28pm
Excited for the final day of @PhilaPACT #PACTPhorum21! Two great panels on tap, more compelling info from @petercoffee and of course, the crowning of 'Best in Show' in the Demo Pit.
View on Twitter

3
Broadpath, Inc. @BroadpathPR
Wednesday, April 14th, 2021 at 12:23am
Great presentations today from @PhilaPACT #PACTPhorum21 Demo Pit companies: @gocoach_, @Envision2bWell and @CeleriHealth. If you didn't catch them, make sure you check out the replay.
View on Twitter 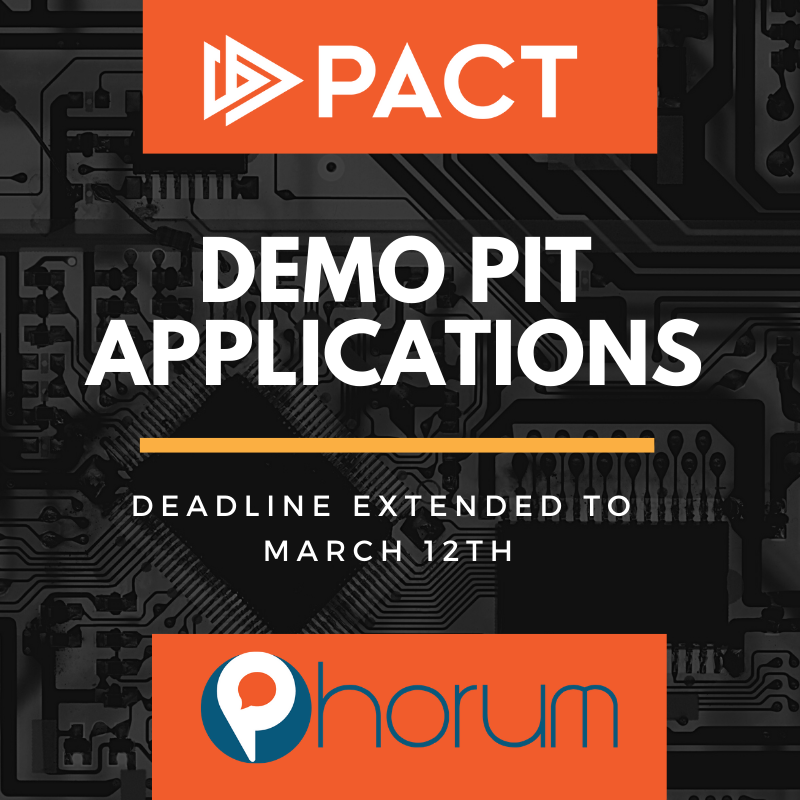